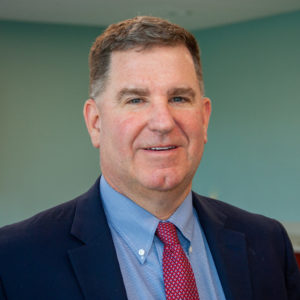 Kevin M. McKenna is a Managing Member of the Exton office of McKenna Snyder LLC. Mr. McKenna primarily practices in the area of charter school and education law representing numerous schools throughout the Commonwealth of Pennsylvania. Under his guidance, McKenna Snyder’s clients have had continuing success in cases before the Pennsylvania Supreme Court, the Commonwealth Court, the Courts of Common Pleas, and the State Charter School Appeal Board (CAB).  Our firm has also represented charter schools in many cases of first impression. Mr. McKenna regularly speaks at educational forums across the country on topics such as ethics in law and the responsibilities of public school boards.  He has also served as an adjunct college professor.  Mr. McKenna is admitted to practice in the District of Columbia, and the states of Ohio, New Jersey and Pennsylvania. He is a member of the Education Law Association, the American Educational Research Association, iNACOL, and numerous bar associations. He received his B.A. from Villanova University and earned his J.D. from Villanova University School of Law. Mr. McKenna most recently served as an expert to the plaintiffs in Jake Corman, et al. v. National Collegiate Athletic Association and Penn State University (2014) and previously as an expert on behalf of the Plaintiff in Jerry Tarkanian, et al. v. National Collegiate Athletic Association, et al. (1998).