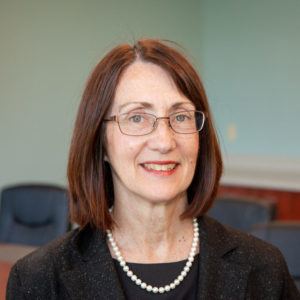 Sarah B. Dragotta is an Associate at McKENNA SNYDER LLC.

Sarah B. Dragotta founded her own law practice in 2002, after a successful career of more than two decades as an educator.  Since that time, Ms. Dragotta has litigated dozens of cases in State and Federal Court.  She polished her courtroom skills in City Hall in the Philadelphia County Court of Common Pleas in civil litigation.  Ms. Dragotta has represented hundreds of students, teachers and faculty, at every level — from early childhood to higher education, including for parents and guardians in regular and special education matters.

Prior to becoming a lawyer, Ms. Dragotta worked in Pennsylvania and New Jersey, in various positions, using her education and clinical skills, in three areas of certification.  She has served as a Director of Special Education, a Speech and Language Pathologist, and a Teacher of the Hearing Impaired.

Ms. Dragotta understands education law from early childhood through higher education.  She assisted in licensing and government contracts of various children’s centers in Philadelphia, with daily operations and management of the centers, from writing curriculum to hiring and mentoring staff.  She successfully represented parents and guardians of students in regular education, special education, with other health impairments, and those in gifted education programs.

Ms. Dragotta also represents college students, providing defense and counsel against accusations of academic misconduct and other social violations where character and academic programming are in jeopardy and grades are in dispute.

In addition, Ms. Dragotta provides private and confidential legal counsel to teachers and other professional educators, faculty and staff from early childhood daycare centers to higher education institutions.  She works hard to resolve the issues they face in academics and in the marketplace concerning performance, discipline, tenure and integrity.

She continues to be part of the Lehigh University Special Education Law Conference Planning Committee, where she presents annually, and at numerous other seminars on education law.