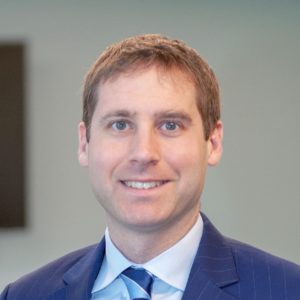 James Munnelly is an Associate at McKENNA SNYDER LLC.

James Munnelly is a member of the firm’s Education Law Practice Group, concentrating his practice in the areas of litigation, administrative proceedings, appellate cases and special education matters.  He routinely navigates complex legal barriers in assisting schools in recovering unpaid monies in funding disputes with school districts, defends schools against parent-initiated Due Process proceedings, and assists schools in conducting fair student disciplinary proceedings. On occasion, James has had to defend a school’s student disciplinary proceedings on appeal and has done so successfully.

Prior to joining the firm, James tried criminal cases as a defense attorney in both adult and juvenile court.  He has extensive courtroom experience throughout the Commonwealth of Pennsylvania, including in Chester, Delaware, Montgomery, Lancaster, Philadelphia, Bucks, York, Lebanon, Lehigh and Northampton counties.

While still in law school, James interned for the District Attorney’s Office of Chester County, Pennsylvania and was conditionally certified to conduct preliminary hearings and juvenile hearings.  He was also a member of Moot Court and served as President of the Moe Levine Trial Advocacy Honor Society.